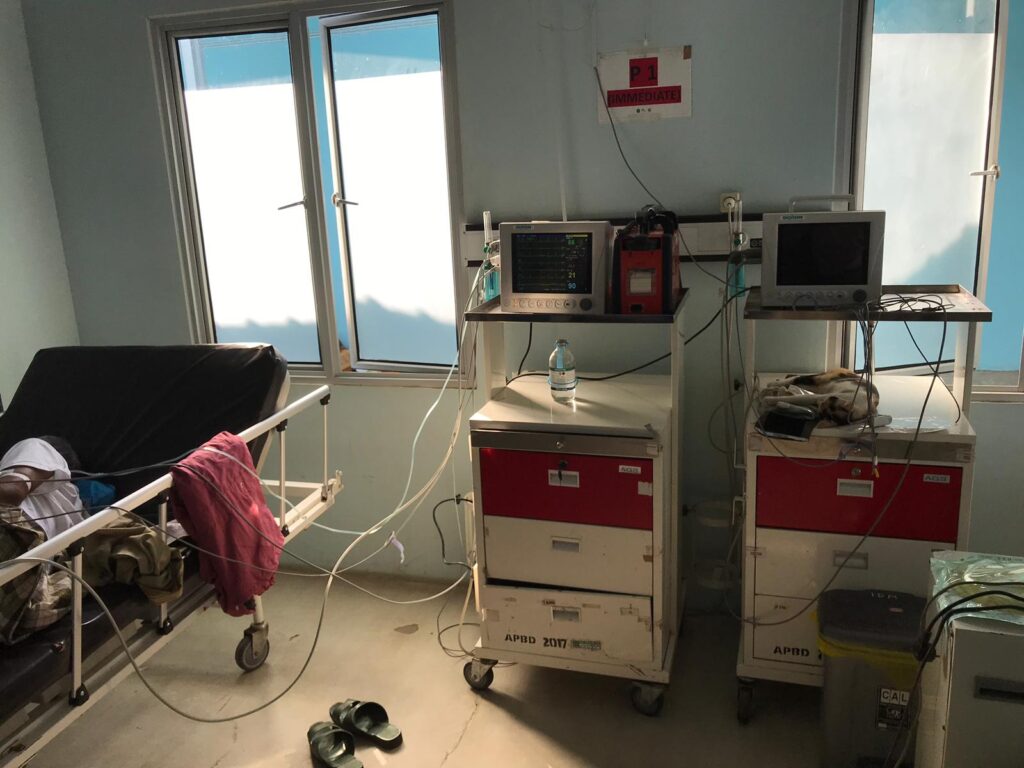 When we think of Indonesia, many of us will immediately think of good weather and beautiful beaches, good food, the Buddhist Borobudur temple and many more things you might find in a brochure from a travel agency. Beautiful though it might be, Indonesia still has its share of problems. For example, many people still struggle to find proper healthcare.

It’s a good sign, then, that the Indonesian government is committed to improving its healthcare. On November 6th, 2018, Indonesia and the Netherlands both signed a Memorandum of Understanding (MOU, A formal agreement) and subsequently an action plan was based on this MOU covering among other things, strengthening the primary health care in Indonesia.

Indonesia consists of 17.504 islands with a population of 267 million which is comprised of 1331 ethnic groups speaking 652 languages; calling Indonesia a tad geographically complex would be an understatement!

Due to this diversity, you can only imagine how hard it would be to ensure all of these people get proper healthcare, and not only for everyday diseases and injuries, but also in times of emergency. Indonesia is located in a part of the world that sees a lot of seismic activity and as such, earthquakes, landslides and other natural disasters are not uncommon and often a lot of people are affected by these events.

With the MOU being signed, there was no better time for Hospitainer to get involved. During previous visits to Indonesia, Hospitainer had already identified valuable contacts and potential stakeholders with the same vision and drive when it came to providing healthcare.

Hospitainer has also signed an MOU with Yayasan Gerakan Desa Emas (The Golden Village Movement Foundation) to set up 3 clinics followed by a whopping 1000 clinics within the next decade.

Hospitainer partnered with the Phillips Foundation and together began researching the options. Stakeholders and potential locations for 3 pilot clinics were identified, the technical feasibility of the project was analysed, we looked into different ways to fund and manage the project, risks assessments were carried out and we just had an absolute mountain of data to process. We wanted to do this right, after all!

So how is the project doing now?

The good news is that we found three locations where we hope to launch our pilot. This pilot would involve sending 3 containers to these locations so we can create a turn-key, modular clinic and help the people in that area.

While one of these modular clinics would be stationary, another would be placed on a truck and the third on a boat, so the clinics will be mobile and can respond to a crisis or a change in the demand for medical treatment. If people can’t get to the clinic, or a disaster means a lot of people suddenly need help, the clinic can come to them.

However, as with so many things, COVID-19 is causing problems. Travel restrictions and other factors have made it much harder to manage the logistical side of the project.

However, we are not giving up! Hospitainer is still continuing with this project as we feel there is a real opportunity here to provide people with improved, sustainable healthcare. We will continue to make progress and hopefully, we can tell you more about these pilot clinics in the near future.