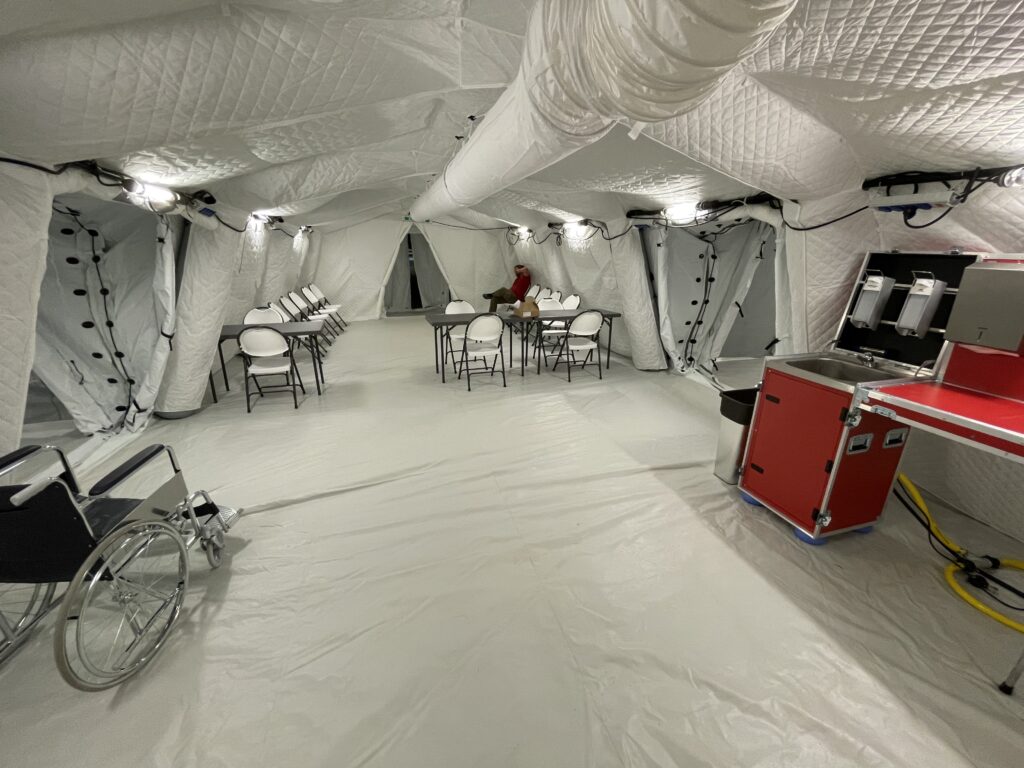 AFGHANISTAN SITUATIONAL REPORT: The Taliban forces have overthrown the government and taken over the country. This has led to the immediate evacuation of thousands of people who have previously worked for, or are currently working for external governmental agencies.

Hospitainer received a call on Monday from representatives for the Australian government, inquiring about a medical screening unit. This unit was to be used to provide basic primary health care screening, health checks and treatments for Australian expats and other Australian citizens coming from Afghanistan before being repatriated to Australia. We provided lay-out sketches and an approximate price on Monday and early Tuesday morning we received the confirmation.

By Tuesday 16:30, we had packed up all the required equipment and consumables taken from our stock, and it left for the airport at 18:30. Arriving in UAE, at the airport of Dubai, it only took around 6 hours to get all goods cleared.

A three-man team from Hospitainer left on Thursday to aid with setting up of the clinic. During the set-up we were informed that a plane was inbound and they would be seeing the first evacuees within the next few hours… This was a good indication as to the urgency of the mater! The modular unit was fully set up and operational within 12 hours and it even saw its first evacuees that evening.

While initial expectations where that the screening unit would see about 200 – 400 evacuees, by September 1st a staggering 3600 people had received treatment. We’re glad to say that all went well, despite patients coming in with all sorts of issues ranging from shrapnel wounds from a grenade to a stroke. Not to mention the eight babies that were delivered in the Hospitainer and several cases of COVID, which were quickly isolated to prevent the virus from spreading.

The Hospitainer team will now return to assist in ensuring the container is once again packed properly and restocked, so that it can be deployed elsewhere at a later date and once again give aid to those who need it.

Since the deployment of the screening unit, we’ve received praise from Aspen Medical and the commander of the military base where the Hospitainer was stationed on the speed and professionalism with which the screening unit was shipped and deployed.