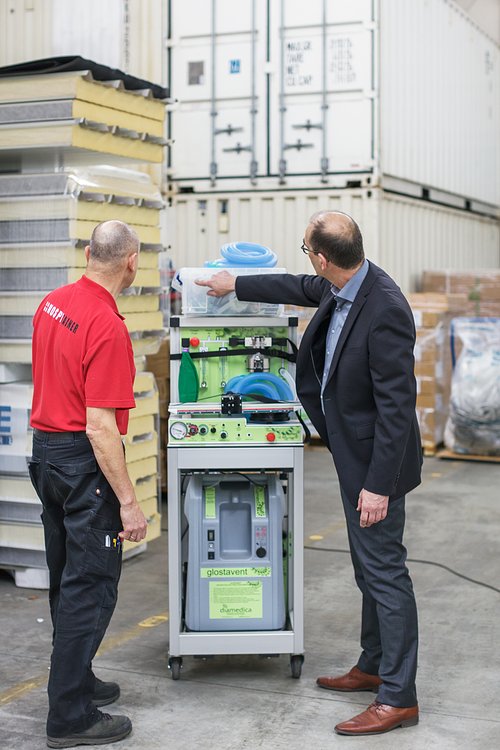 In recent years, a number of tragedies have torn countries apart and devastated citizens. Civil unrest, health epidemics, terrorism, natural disasters, and more. In times of crisis, infrastructure crumbles and providing basic sanitation and healthcare presents a challenge. How do you deliver a functional, sustainable solution to a region without, say, running water and electricity, let alone doctors and supplies? You shrink it all down.

The idea for a micro-hospital came to Rolof Mulder in 2010 as he was installing a medical unit near a hospital in West Africa. The hospital was expensive, state-of-the-art, and in the middle of nowhere. Just a few months after construction, it was dangerously close to shuttering.

“I thought, ‘Why not build an entire hospital out of shipping containers?’” Mulder explains via Skype from his central Netherlands office.