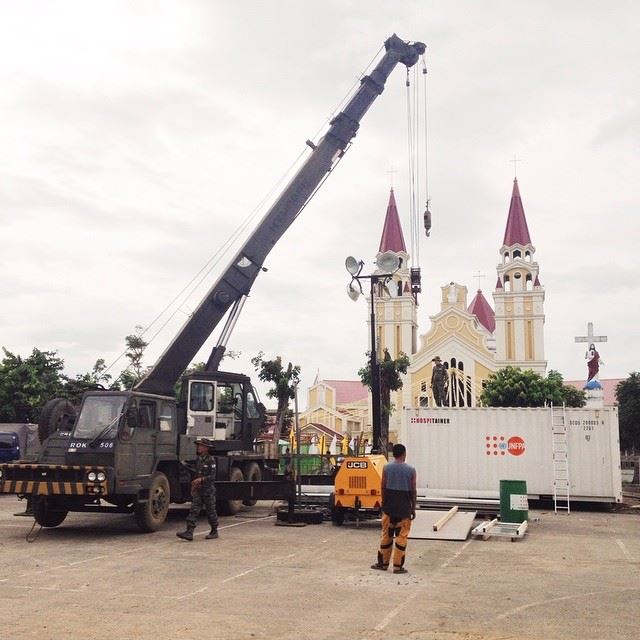 In the first week of December a mobile Hospital (built out of shipping containers) was sent to the worst-hit area of the Philippines to bring medical relief to the victims of the Typhoon Haiyan. The hospital was transported by plane and boat to the disaster area.

On November 8, 2013 the Philippines got hit by one of the worst storms ever reported. typhoon Haiyan reached wind speeds of more than 250 km/h and therefore can be headed under the fifth and strongest category.

Entire villages and cities were wiped out, trees were pulled out of the ground and roofs were blown off houses. More than 5,000 people lost their lives due to the typhoon and over 13 million people were victimized by this natural disaster.

The health consequences of the disaster were immense. More than fifty-percent of the hospitals in the affected area were destroyed. Thousands of people with fractures, cuts and other injuries were waiting for medical care. Besides serious injuries caused by flying debris and collapsed buildings, three weeks after the typhoon, other diseases began to emerge due to lacking hygiene and clean drinking water.  Diarrhea, dehydration, severe skin infections, pneumonia and tuberculosis were becoming more common.

One group was left extra vulnerable in this situation. Estimates are that around 200,000 pregnant women lived in the disaster area. Rolof Mulder from Hospitainer said: “The need is high, women currently give birth between the rubble, lacking any privacy and medical care. The Hospitainer provides these women a safe and secure environment where mother and child can receive all the needed medical care. The Hospitainer is equipped with an emergency obstetric clinic so that caesarean sections and other surgical interventions can be carried out”.

The Hospital left this week to Palo Leyte. The island Leyte is currently a refuge for hundreds of thousands of victims but, nevertheless, it is also severely damaged. More than 60% of the infrastructure on the island is destroyed.

Once it arrives, the hospital can be built and installed within three days. The hospital is self-sufficient because it is equipped with solar panels and water treatment systems.

When the hospital is ready for use it can facilitate more than 2,000 operations on an annual basis. A Hospitainer (as the mobile hospital is called) has already been deployed in Haiti once before in 2010, after the country got hit by a devastating earthquake.

Currently several Hospitainers are deployed in Syria to medically assist victims of the Syrian conflict. This hospital won’t just be useful for The Philippines in the coming period; a Hospitainer has a life expectancy of more than 40 years. 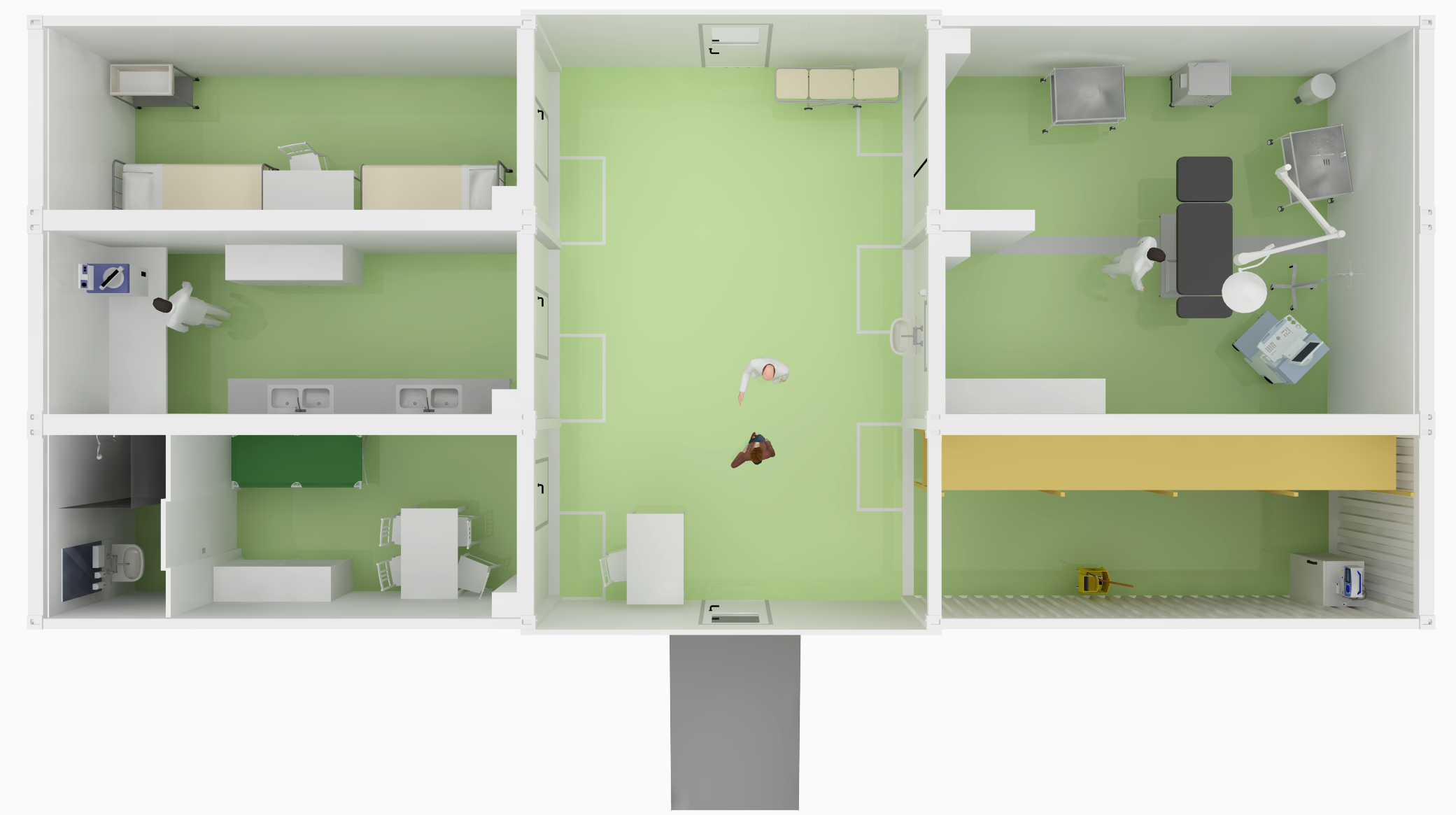 The Hospitainer Surgical Hospital is designed for general surgery and can be rapidly deployed as emergency hospital or, due to its low cost componen ...