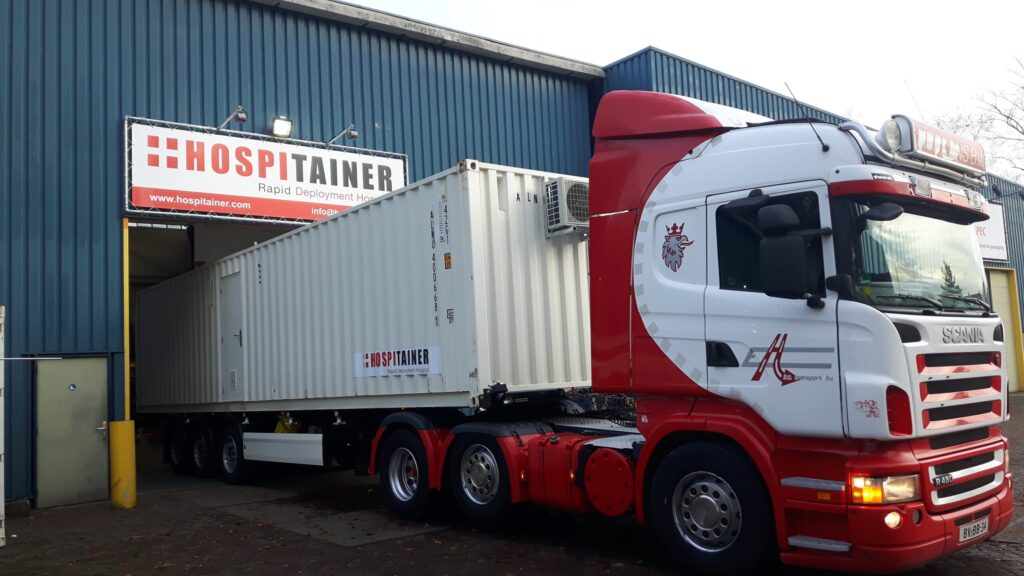 5 mobile hospitainers on their way for war victims in Mosul, Iraq

In close collaboration with one of the largest relief organizations worldwide, Hospitainer provided a five truck mobile surgical hospital. These hospitainers will accommodate lifesaving emergency surgery and other medical care for victims of the war in and around Mosul, in northern Iraq.

The past weeks the mobile hospitals have been fully equipped and prepared by a NGO and Hospitainer to function close to a war zone. The mobile characteristics of the robust hospital make it possible to quickly move geographically when the situation requires.

The Hospitainers will not only provide surgical and other lifesaving medical care, but can also serve as safe places for women to give birth.

Instant medical care is a large necessity, as the situation in and around Mosul is intensifying right now, due to the attempts of Iraqi governmental forces, alongside western allies, to recapture the city of Mosul. The war has destroyed the majority of medical facilities, leaving civilians vulnerable, cut-off from basic and vital medical care.

The staff in the five mobile trailers will be able to provide medical care for hundreds of people each week.